Looking for fun days out with the kids this February half term? With some regional attractions still closed for the winter this can be a challenge. But fear not. I’ve got some half term holiday activities for you from around the UK. Whether you are looking for fresh air or things to do on rainy days hopefully there’s some thing here for you.

All of these events and activities happen throughout half term unless otherwise stated in the listing. Half term holiday dates vary in some parts of the UK.

Family activities across England in February

Here’s some events that you can find happening around England in February and the half term holidays:

Grab some fresh air and woodland facts by following the Superworm Trail which is on at forest around England in 2022.

The self-led trail highlights the small but mighty creatures in the Superworm story, such as toad, beetle and cunning Wizard Lizard, and shows their amazing abilities as they make their home in the forest.

It includes lots of fun activities for families to complete. You can also by a trail activity pack for £3.50.

Find out more about the Superworm Trail.

Things to do in February half term in Birmingham

Here’s what’s on in and around Birmingham:

Get ready for outdoor family adventures in 2022 by visiting the Caravan, Camping and Motorhome Show.

This huge exhibition bringing together dozens of holiday companies is also a fun day out with kids, who get in for free!

The Caravan, Camping and Motorhome Show takes place from 22 to 27 February 2022. Find out more and buy tickets on the show website. Don’t forget that under 16s go FREE!

You might also like to check out my guides to caravanning with kids and camping with kids.

Half term in Buckinghamshire

Here’s some fun things to do in Buckinghamshire:

There will be codebreaking games, challenges and craft sessions for children, in the very place where some of the most secret codes and cyphers of WW2 were broken.

Talks and tours are also available to discover more about the people behind the machines that helped break the Enigma cipher at Bletchley Park.

Things to do in February half term in Cornwall

Here’s some of the top things to do in Cornwall this half term:

See the Invisible art exhibition at The Eden Project – an AR exhibition on show here and 12 other gardens in seven countries.

February is also the last chance to take a spin round Eden’s ice rink this winter. Ice skating tickets must be bought in addition to entry to the Eden Project.

Find out more about half term at the Eden Project.

Check out my guide to more things to do in Cornwall with kids.

Fun days out during February half term in Devon

Here’s some of what’s on in Devon this February half term:

The Crealy Arena will host a team of professional wrestlers direct from the USA this half term. Entrance to this family-friendly entertainment show is included in the price of your ticket for the theme park during the school holiday.

Find out more about visiting Crealy. Please note some rides like the water coasters will not be running.

As part of a series of events celebrating African culture drumming workshops are being held at the Royal Albert Memorial Museum in Exeter.

There will be six workshops across two days costing £5 per person. Book in advance.

More things to do in Devon at half term

Take a look at my post dedicated to things to do in Devon in February half term including the best beaches, walks, places to ride trains and theme parks.

Check out my guide to more things to do in Devon with kids.

Fun days out during February half term in Hampshire

Take a trip down memory lane to revisit some of Winchester Science Center & Planetarium‘s best experiments in the Science Theatre. In 2022, the attraction is celebrating it’s 20th anniversary so there will be plenty of fun happening over half term.

Here’s a taster of what you can expect to see and do from our visit to Winchester Science Center on a rainy day.

Find out more on the Winchester Science Center & Planetarium website.

There will also be plenty of things to do in Portsmouth with kids.

Things to do during half term in the Isle of Wight

It features the best fossil beaches on the island along with preparation tips, information about legalities, a list of guided fossil walks, and an illustrated overview of the types of dinosaurs that used to walk the island.

Take a look at what we got up to in the Isle of Wight in the Spring.

Things to do during half term in Kent

Here’s some fun places to visit in Kent this February:

Become a first-class junior explorer this half term on the grounds of Leeds Castle in Kent.

Pick up an activity book and hunt for the special clues and hints in order to complete the challenge. Those who complete the adventure will be rewarded with a chocolate prize at the end.

Don’t forget to visit the Falconry Center and let off some steam in the yew-tree maze and grotto.

Admission tickets provide unlimited access for 12 months from the date of purchase. More information is available on the Leeds Castle website.

Things to do during half term in London

Wondering what’s on in London this half term? Here’s what I’ve spotted:

There are more than 160 events packed into the 12 day event and 50 percent of the festival is completely free to attend.

Find out more about the Imagine Children’s Festival.

Things to do in Manchester during February half term

Here’s some fun things to do in Manchester this half term:

Find out about the Industrial Revolution during the museum’s interactive science shows.

Find out more on the Science and Industry Museum’s website. Free admission, charges may apply to some activities. Booking is required.

Here’s my guide to visiting London with babies or toddlers.

Fun day out during half term in Warwickshire

Here’s what’s on in Warwickshire:

Encounter the centuries-old art of archery like never before at the UK’s only Medieval Festival of Archery at Warwick Castle this half term.

There will be exhilarating performances and spectacular shows throughout your visit.

Find out more about what’s happening at Warwick Castle during February half term.

Fun days out during half term in Wiltshire

Here’s a great day out in Wiltshire this half term:

Stonehenge is one of the English Heritage sited offering the Explorer Quest this half term. Track down the clues and solve the puzzles as you follow the family trail around Stonehenge.

Stonehenge was one of the fascinating places we visited during an October half term break in Wiltshire.

Find out more about what’s happening at Stonehenge during February half term.

Here’s some more ideas for things to do in Wiltshire with kids.

Things to do during half term in Yorkshire

Have plenty of family fun at these Yorkshire attractions this February:

Visit Eureka! The National Children’s Museum for live shows and interactive experiments during half term. We visited during one October half term and loved the hands-on science demonstrations.

The museum is incredible for children with role play areas, kid-friendly exhibits and plenty of educational play.

Make sure you put aside a whole day for your visit. But don’t worry if you do run out of time to do everything as you can turn your ticket into an annual pass.

More details about what’s on at Eureka!

Check out more ideas for fun days out with kids in West Yorkshire.

What’s on near you during February half term? I’d love to hear more recommended fun days out with kids.

Fancy a half term holiday? Check out my suggestions on where to go on holiday in February.

If you’re looking for fun days out during February half term then why not pin this for later? 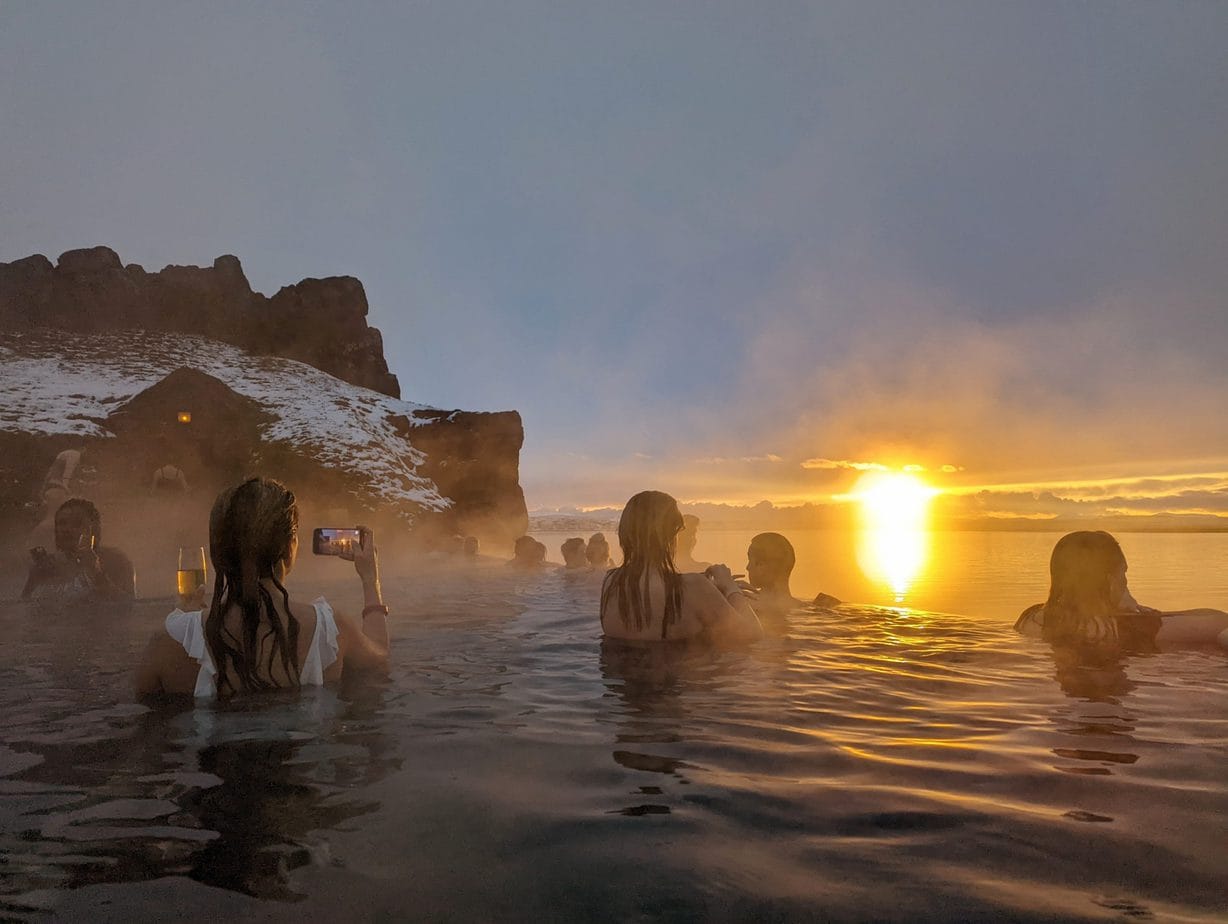 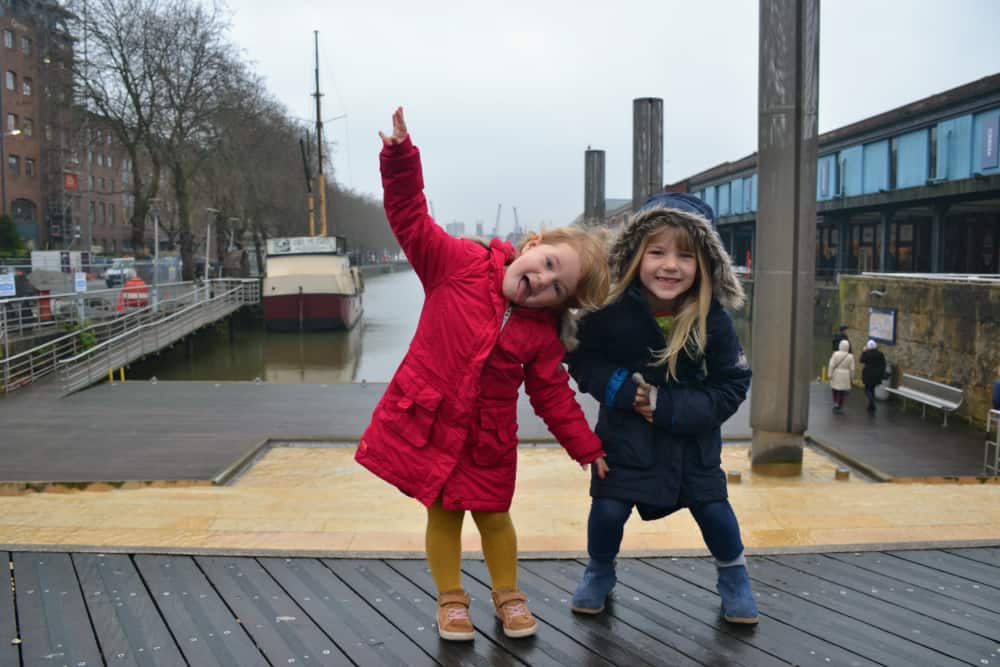 Where to find the Superworm Trail in England in 2022